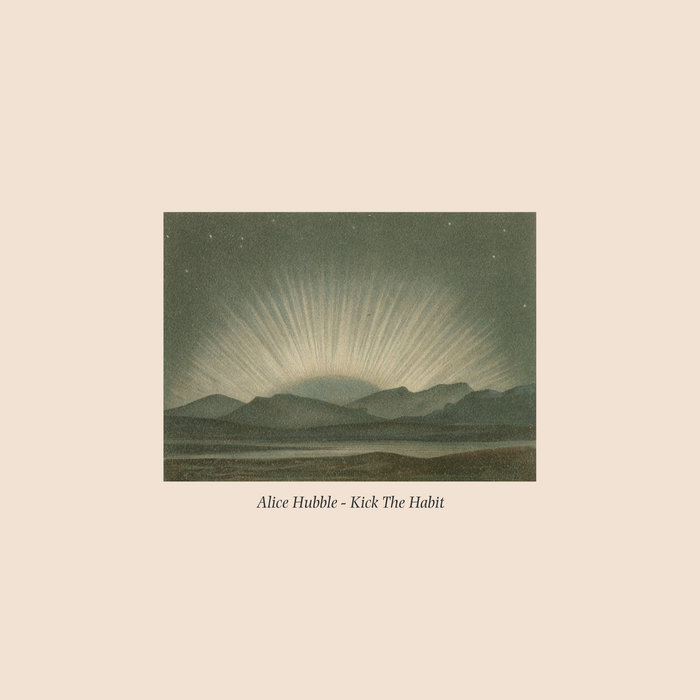 Alice Hubble is the project of Alice Hubley - one lady locked at home with a vast collection of synthesisers!

The album 'Polarlichter' released was in September. Layered with vintage synthesisers and mellotron, the album is majestic, and sweeping, offering a soundscape of pastoral solace, far removed the urban sprawl in which it was conceived.

On ‘Kick The Habit’, the second single from the album, Alice offers her distinct take on the 70’s glam rock sound. Part Goldfrapp, part Suzi Quatro. ‘Kick the Habit’ was written after Alice finished a tour supporting Canadian band Black Mountain. Says Alice: “Black Mountain’ are masters of the ‘big riff’. After listening to them night on night, I was inspired to attempt my own ‘big riff’ song drawing further inspiration from bands like Goldfrapp and Ladytron and 70’s glam rock and prog to shape the final song.”

​The lyrics were inspired by Black Narcissus, the 1940’s psychological drama about the emotional tensions of jealousy and lust within a convent of nuns living in the Himalayas. “With the lyrics I wanted to portray aspects of the journey central character Sister Ruth goes through in rejecting the sisterhood and embracing her sexuality”.

Also on the new single, are three remixes. Canadian synth artist Soft Riot injects an atmospheric darkwave slant, like The Cure fronting a synth-band band. Happy Robots label-mate Rodney Cromwell reimagines the track for the football terrace - with additional vocals from his kids, think Add N To X, Fat Les and ‘Another Brick in the Wall’. The final mix by Spaceship takes the track on another darker excursion – akin to 90’s Numan with 303 synths injecting a touch of acid house.

​Alice’s has achieved significant acclaim over just a few months. The debut single ‘Goddess’ was picked up by BBC6 Music with multiple plays across numerous shows with Steve Lamacq naming it his ‘Track of the Year so Far’. More radio followed on RNE in Spain, NTS, Amazing Radio and college radio stations in the US. She has been featured by Louder Than War, God is in the TV, For The Rabbits, Electricity Club and Electronic Sound Magazine who gave her a four page feature in the September issue.

​​Recent live shows include supports for Damo Suzuki, Darren Hayman, Advance Base and Pram. Alice is touring with dates including a debut London headline show for Parallel Lines at Servant Jazz Quarters.

​‘Kick The Habit’ was co-produced with Mikey Collins (whose clients include Metronomy, Stealing Sheep, Girl Ray) and who contributed drums to the track. The quirky video was made by Phil MFU (Vanishing Twin / Man From Uranus).